Menü   ≡ ╳
Startseite / 1963: The „Bismarck“ and the father of shipping safety

1963: The „Bismarck“ and the father of shipping safety

Gerhard Junack was a man whose experiences in sailing gave him much credibility. When this captain joined the newly founded German naval forces in the mid-fifties, his encounters with the horrors of the sea were far behind him. Junack, a Second Engineering Officer, was on board the Bismarck battleship when it sank the English war ship HMS Hood, on May 24th, 1941. He was also present five days later when the Bismarck sank after a dramatic naval battle. Unfortunately, in this incident, 1977 sailors lost their lives. Many sailors had been able to temporarily save themselves by jumping from the burning ship, only to later drown in the North Atlantic. Junack, with such a close encounter with death, now wanted to spare future young comrades of this fate. 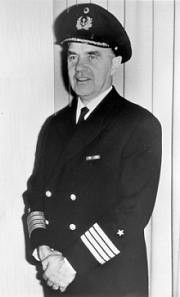 Captain Junack still had fresh memories and experiences when, in 1958, he was given the task of putting together a German navy training center for ship safety, in Neustadt. There, young marines were taught fire fighting, getting into life rafts, how to seal leaks, how to put on lifejackets properly, and how to use signaling ammunition. The knowledge he passed on to his cadets was invaluable since he, alone, had experienced almost every conceivable emergency situation. His knowledge and his calm, patient demeanor toward his young learners earned him the title ‘father of shipping safety.’ In addition, Junack played a considerable role in the reconstruction and standardization of life-saving equipment for the navy.

It seemed inevitable that sometime during the course of Junack’s work, he would meet Jost Bernhardt. Junack was impressed by Bernhardt’s construction engineering work, and added many valuable suggestions for improvement. SECUMAR products, therefore, became matched to the navy’s requirements. For example, the ‘u-shaped life buoy’, from the SECUMAR product line, was put into operation by the German navy, and replaced the life buoy traditionally used. 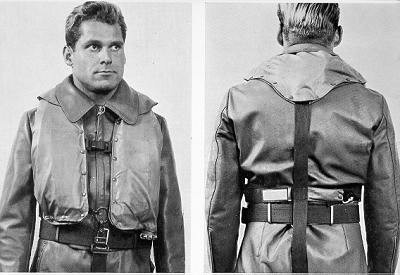 The naval lifejacket MRS 3, introduced in 1964, brought an enormous breakthrough in water safety. This lifejacket was the result of much research on the part of Jost Bernhardt. The MRS 3 was particularly durable, and well-suited for combat gear that was made from leather. In addition, this product was the first inflatable lifejacket with a dual chamber system, essentially providing double security in the water. The chambers can be unfastened from one another, and each donned separately. In other words, one lifejacket could save two lives.

The recognition SECUMAR enjoys with the German navy means not only that professional sailors trust the company’s products, but naval forces from other countries also put their confidence in her. Bernhardt kept contact with the Danish navy from the company’s beginning. First, he helped Captain F. Christensen, the man responsible for equipping the navy with lifejackets bought from army war surplus. Later, these were updated by products that Bernhardt manufactured himself. Today, many NATO marines have SECUMAR lifejackets on board their ships.

Presently, the United States navy relies on SECUMAR technology. Together with their American partner enterprise, STEARNS, SECUMAR equips the US navy with automatic inflation devices for their lifejackets.

SECUMAR also has suitable lifejackets for other special military uses. Amongst these are the diver’s safety vest TSK, and the submarine safety vest URK 80, which is equipped with a large capacity air tank.

Since the late sixties, the German Air Force has also placed its faith in SECUMAR lifejackets. These include the F 104 Star fighter pilots in the past, to crews of the Tornado aircraft in the present. The army, as well, cannot do without SECUMAR, as many are equipped with inherent buoyancy lifejackets. In some vehicles, which first appear not to have any relation to water, lifejackets can be found. Combat tanks, such as the Leopard can wade through water to certain depths. Drawing air from the surface, they are also equipped with the emergency rescue equipment necessary to water vehicles. Because the “Leo” could at some stage get stuck under water…