Why the thing floats!

Why does a ship not sink – even if it’s heavy and made of steel? How do elephants swim and even concrete can be made to float?

These questions are always being asked, yet it’s nothing to do with magic, more about the laws of physics and nature.

Whether it floats or not is less to do with its weight as measured in air on land, just as an aircraft carrier is heavy, its weight alone does not signify if it will float or sink.

The ancient Greek philosopher and scientist Archimedes looked at it another way: In his famous Principle he states: “Any object, wholly or partially immersed in a fluid, is buoyed up by a force equal to the weight of the fluid displaced by the object.” That means if an object displaces more than its weight in water, it will float.

When applied to lifejacket construction, it means of course that you don’t need to create enough buoyancy to float the entire body, but just to keep the head at the correct distance and attitude above the surface to breathe properly.

See how the cartoonist W. Hartung describes it with his character, the old seadog Willi Secumaat… 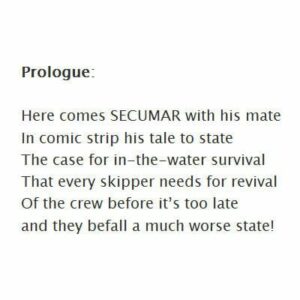 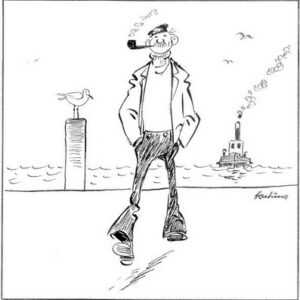 1. Built and conditioned for swimming’s art
Is hero, Willi Secumaat 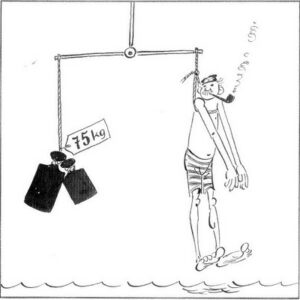 2. Here he is in undressed state,
We can measure Willi’s weight 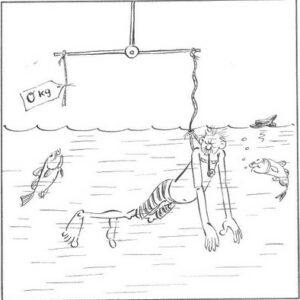 3. If we drop him in the Drink
We can see he does not sink 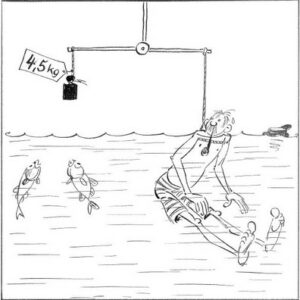 4. However so he should not expire
A little buoyancy we still require 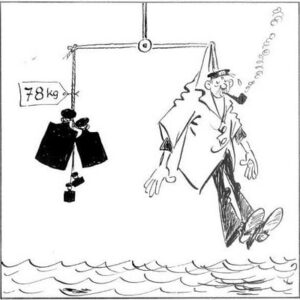 5. Now togged up with boots and jacket,
You’ll see he now weighs quite a packet, 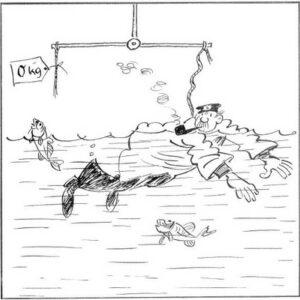 6. But as his kits holds lots of air
He floats quite well with some to spare 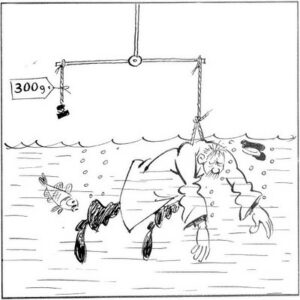 7. And then from the clothing the air is purged
He’s still afloat but slightly submerged! 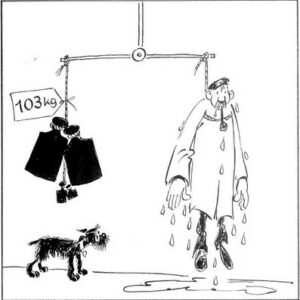 8. Now we’ve lifted him out of the water
And see he weighs much more than he ought’a! 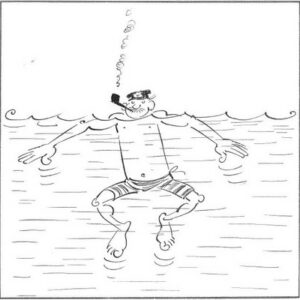 9. So here’s Willi, in the swim
Strong and smiling, see him grin 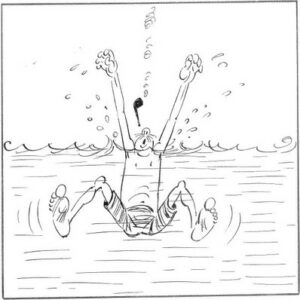 10. But once he’s tired and loses his strength
He soon slips under over a length. 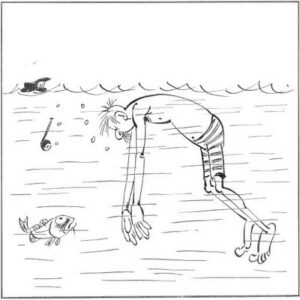 11. So there he lies not quite dead,
But all tipped forward by the weight of his head 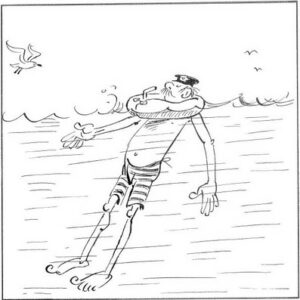 12. There is however a collar he can use
To support his head, should he choose, 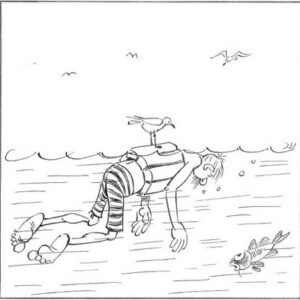 13. A floating lifebelt will however
Support him in a way that’s not too clever. 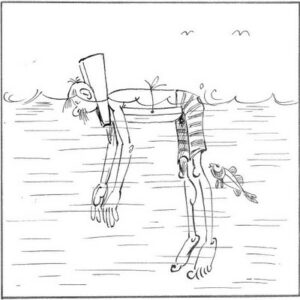 14. A skinny front and heavy collar
The head goes forward and the body will follow 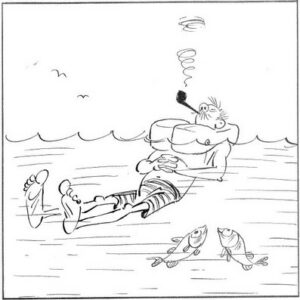 15. And even if unconscious he should lie
On his back with neck support, held high. 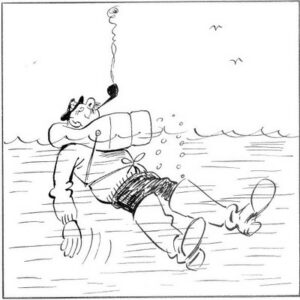 16. And now with SECUMAR safety kit,
Willi’s togged up and really fit. 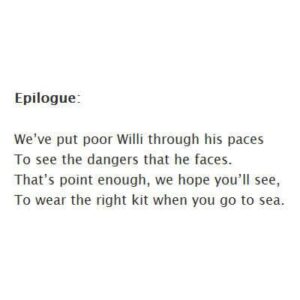